The Girl in Berlin by Elizabeth Wilson

Spies in London and Berlin

It’s May 1951 in England and Burgess and Maclean have recently disappeared.   Elisabeth Wilson’s  nove 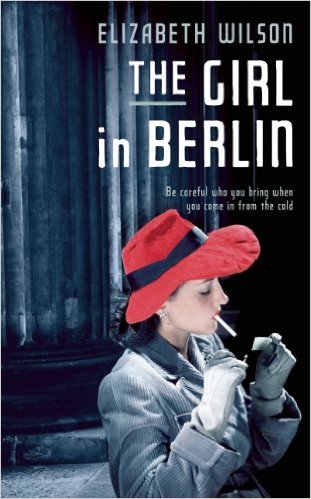 l is set against the background of the public’s surprise and shock over the news of spies defecting, and concerns the hunt to find other spies, particularly the one believed to be in MI5

In London Anthony Blunt’s staff at the Courtauld Institute of Art adore him, and are shocked at the suggestions that he could be involved in any spying scandal.  The book’s character Dinah works at the Courtauld, so gives an insight into Blunt’s life at this time.  Dinah’s husband works at the BBC and  is also, unwittingly, drawn into the world of spies and espionage.  He, like many of the other characters in the book also has another side hidden from his wife and friends.   Wonderful examples are given of social behaviours in the 1950s, as the charade of normality covers investigations and goings on that are (according to the book) common at this time.

The book is a wonderful blend of fact and fiction, leading the reader into various private gardens, along London canals, Wimbledon and the world of art.    Many of the fictitious characters in the book are not quite certain of what their exact role is and how the part they are playing fits into the desperate race to track down spies.  The subtleties of their recruitment, and operating methods, is quite fascinating.

The reader is taken to East (and West) Berlin, at this time of enormous change, and many comparisons made with life in England.   Again all is in confusion there as to who can be trusted, who is working for who and what is safe.   The descriptions of life in the 1950s are fascinating, and the author certainly builds up suspense and interest as events evolve.

Unfortunately I found that after a riveting start the characters failed to develop, and therefore the story lost its way (for me) in the middle, though the ending pulled everything together and was well worth reaching.    Having finished the book, I can now look back and think how much I learnt about life at that time during the Cold War, and how interesting the book was, however at the time of reading that was not so apparent.