A novel based in the theatre world of London, with nostalgia, parties and all the confusio 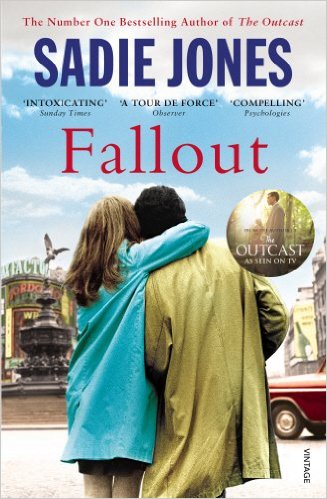 ns, failures and successes of just starting out.

In 1972 Luke leaves his predictable and unfulfilling future in his home town, and moves to London to follow his dreams.  He lives in a flat with Paul and Paul’s girlfriend, and joins the world of theatre as a playwright (with a second job of a dustman).  He changes his name, puts his past behind him – for the most part – and starts again.  Meanwhile Nina has also moved to London with her (very) part time actress mother and Luke and Nina’s paths are about to cross again.

Wonderful reminiscences of the 1970’s are included in this novel – the power cuts, the winding steps leading upstairs on a bus, kaftans, chicken kiev etc. etc. etc.  Life in London, living in a flat, constant parties, making mistakes, falling in love and finding yourself are all covered in this engrossing book, where following your dreams are more important than doing a “proper” job and earning enough to impress your family.

The life of small theatres is presented wonderfully, describing the glamour and thrill of the performances, plus the background rewrites, the rehearsals in shabby rooms and funding problems.    I shall never watch a play in quite the same way again!

There were times when the emotions in the novel leapt out and caught me, plus there were times when Luke just needed to sit down work out how much of his life was real, and how much was just an act.  But perhaps a lot of that is what life in 1970’s London was all about, and certainly the atmosphere of London at that time is portrayed extremely well.

Throughout it all there is Nina, sometimes in the background, sometimes to the fore – always a presence for better or worse.

In the 400 pages of this book the only chapter headings are the years.  As over 300 pages are set in 1972 I found the lack of chapters made the book quite  irritating to read, and really distracted from the storyline.  There are some lines drawn between paragraphs, but I spent quite a bit of time wondering where would be a good time to pause, and then, later, trying to find my place again.   The first third of the book I found absorbing, but then there was perhaps a little too much about theatre life (for me) and the storyline rather dragged for a while.  After that, thought the storyline picked up,  I failed to get fully involved again.

An interesting novel  for those interested in London life in the 1970s and the realities of working in the theatre.