Lies of the Dead by Shauna Bickley

Mystery Thriller that draws you in

Mystery thriller that draws you in.  Set in Cornwall and Bristol, can Tom and Andi save themselves, 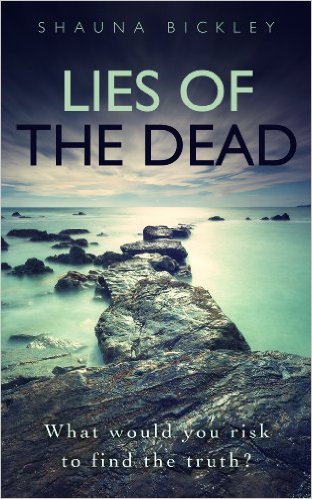 and their families, after their brother dies, leaving his dangerous problems for them to fix.

Tom gets a phone call from the police to say that his brother has committed suicide; he then breaks the news  to his sister Andi.  Whilst trying to discover the reason behind his brother’s death Tom is drawn into a frightening world,  where he and his sister’s family are in great danger  because of his brother’s actions.

Set mostly in Cornwall (in a fictitious, but true to life, village) and Bristol, this excellent story is engaging  from the beginning as the reader is led deeper and deeper into the lives of the main characters.  It’s a “what would you do in their situation” type book – though nobody would want to go where these people are taken!  The characters are well developed in the early chapters, so the reader  is  firmly on Andi’s side when she thinks she is developing paranoia, and blaming it on her troubled marriage.  Tom is a likeable character so when things get scary the reader is with him all the way.

I really enjoyed this book.  It started off as an enjoyable read, that could be put down and picked up easily, but then developed into a “just read the next chapter” as the story developed.

Suitable for anyone who enjoys a mystery thriller.