Thriller set around the Houses of Parliament

A political thriller set in central London where a series of murders causes concern to those at the highest levels of government. 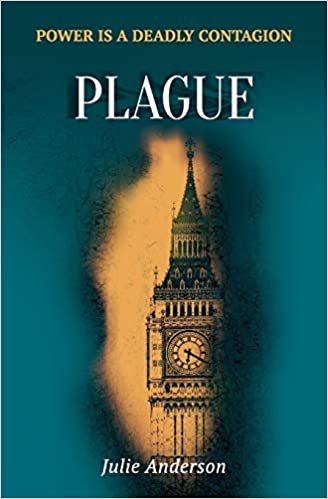 Cassie is a bored civil servant, having been demoted from an exciting job at GCHQ (Government Communications Headquarters).  She finds herself slightly involved in two murders, and then given the chance to help find the perpetrators and save her career.  Cassie’s role is to see if the murders give any risk of embarrassment to the Prime Minister or his successor, and this leads her to working closely with DI Andrew Rowlands, and a growing attraction between them.

Occasionally the narrative changes to that of the perpetrator, which adds to the suspense, and guesswork of who it might be.

There are plenty of central London sites visited during the course of the action, and if you live there (or visit) the locations referred to you will certainly be looking at doorways and London sites with renewed interest.  There is also plenty of interesting information about the internal processes at the Palace of Westminster, together with glimpses into the underground river systems and structures that most visitors never get to see.

Due to personal stuff going on, I stopped reading this book in the middle,  for about a week, and then read the rest in a rather disjointed manner.  I was pleased to find that I could easily pick up the story from where I left off, and had no need to flick back at any stage.  The events flow well, and I particularly enjoyed the character of Cassie, though there are many strong and interesting characters in this book.

The Author’s Note at the end of this book says that there are two more novels to follow in this series – however this this book’s ending tidies everything up well.

5*s from me for this thriller that includes well researched London history and places, together with a great tour around the lesser known areas of the Houses of Parliament.  All this as well as a great storyline.

The author’s blog page includes many interesting photos and facts relating to this book. Find it at https://julieandersonwriter.com/blog/