The House Party by Mary Grand

Kathleen tells her best friend Beth that she is frightened of one of their close circle of friends.  The next day Kathleen is dead. 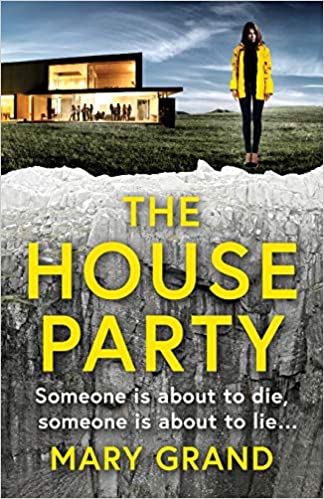 An involving psychological thriller as Beth sets out to discover which of the small group of friends is not as they seem, and possibly a murderer.  As she looks at each of the group and uncovers details about the night Kathleen died, so I became convinced I knew who was responsible for Kathleen’s fear, only to change my mind a few pages later, and so it continued throughout the book!  Strong emotions come through Mary Grand’s telling of this involving story, with a well thought out plot, and plenty of twists.

5*s from me as this was an exciting read, with plenty of tension and suspense.   The fact that there were few  characters, lots of excitement, and a lovely setting on the Isle of Wight made this a great escapism book for me, when nothing else could hold my attention (due to stuff going on in the real world).   Do we know our friends as well as we think we do?